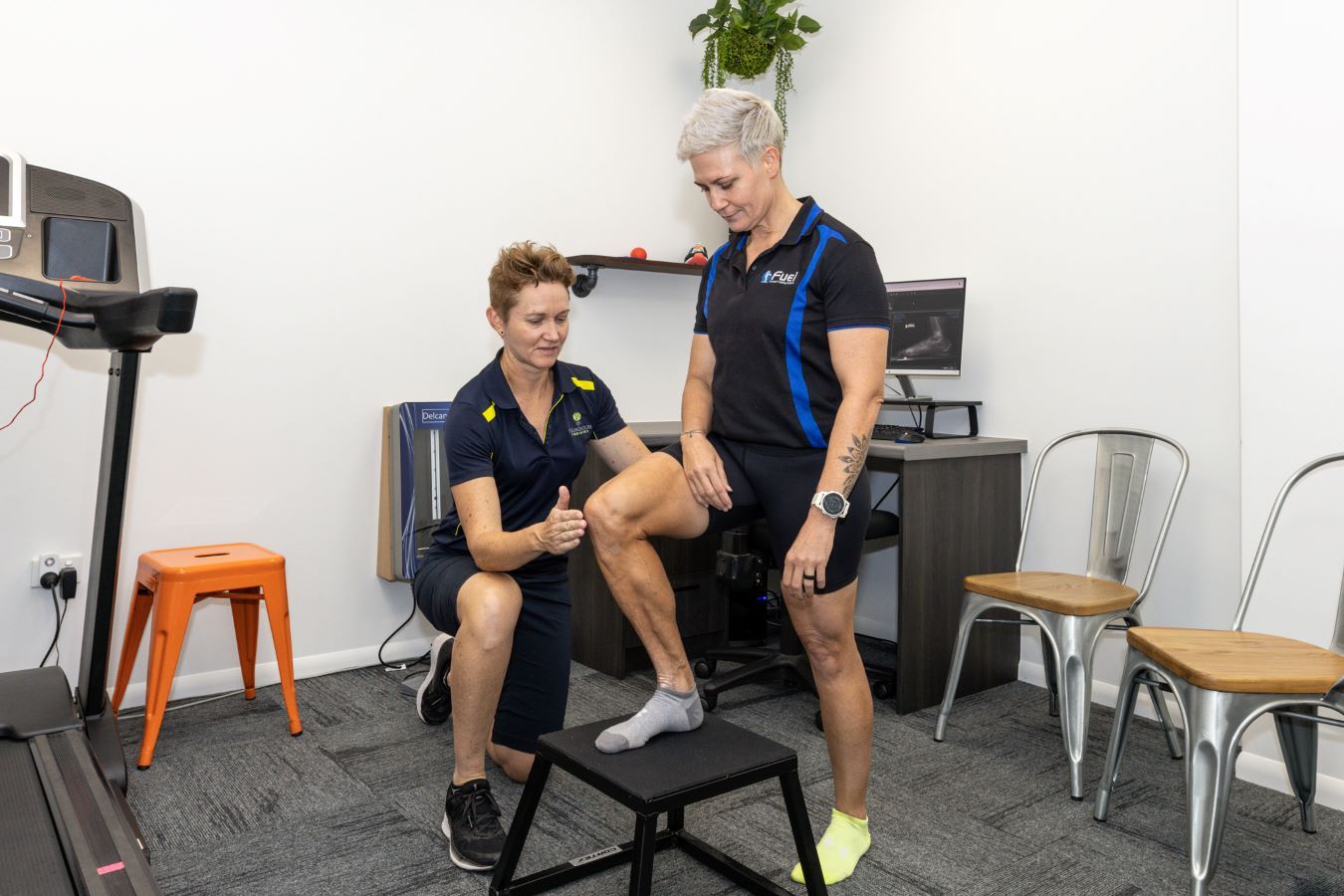 More pages in this section

Exercise induced lower leg pain is a global term that covers a range of conditions that occur in the lower leg (below the knee) during exercise.  Medial tibial stress syndrome or “Shin splints” are the most common example however other conditions can occur, such as chronic exertional compartment syndrome and popliteal artery entrapment syndrome.  Diagnosing these conditions usually requires specific scans or tests however often the description of pain and how the pain behaves can provide some clues.

MTSS is the most common form of shin pain and refers to stress on the lower inside border of the tibia which becomes painful.  Medial tibial stress syndrome is explained in more detail here. 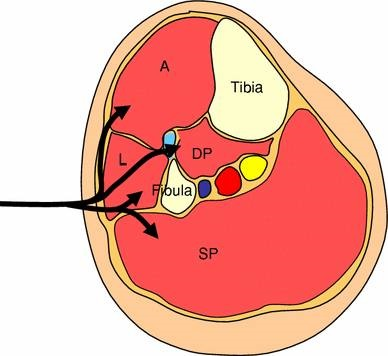 Signs and Symptoms of Compartment Syndrome

The symptoms for CECS present during exercise.  There is usually no pain at the beginning of exercise with symptoms commencing at a predictable time once exercise has commenced.  The symptoms don’t improve but rather worsen as exercise continues, usually necessitating cessation of exercise.  Once exercise stops, the symptoms usually dissipate and there is often no pain during normal daily activities.  The most common symptoms are:

Repetitive and strenuous exercise is thought to be the main cause of CECS.  Activities such as running, football, basketball and military personnel can frequently develop this condition.  It affects adults more than children or adolescents.  During strenuous exercise the muscles can increase in size and volume by 20% resulting in an elevated intra-compartment pressure.  Testing the pressure within each compartment can be performed to diagnose CECS.  The test is quite invasive and involves inserting a needle that’s attached to a device to measure pressure into the respective compartments before and after exercise is performed.

Figure 2 – Anatomy of the Popliteal Fossa 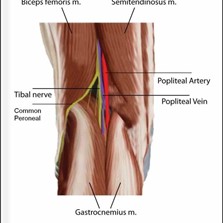 The symptoms for PAES only occur during exercise.  Because the condition is related to the calf muscle, any exercise involving repetitive plantar and dorsiflexion of the ankle may cause an onset of symptoms.  Symptoms include:

PAES is relatively uncommon and is thought to be related to anatomical anomalies including the position of the popliteal artery in the fossa or the position of the medial head of the gastrocnemius or a combination of both.  Symptoms usually present in the 2nd and 3rd decade of life and may be associated with an increase in physical activity which causes the gastrocnemius muscle to enlarge and compress the popliteal artery.

An accurate diagnosis is necessary which can be achieved by viewing the popliteal artery under ultrasound while dorsiflexing and plantar flexing the ankle.  There may be requirements for additional radiological investigations to confirm the diagnosis.  If PAES is confirmed, surgery is usually required to release the artery from compression.

Are you suffering with lower leg and shin pain? Discover how we can create a personalised treatment approach to help you lead an active, healthy life!

How Can Our Podiatrists Help You?

Time to say goodbye to pain and regain an active lifestyle?

How are we different?

Connect with the foundation